The trend for spicy food began around thirty years ago and has continued to grow steadily since then.

To begin with, dishes such as goulash and chili con carne were very popular and were made to be very spicy. But it didn’t take long until dishes from India, Mexico, Asia and other regions began to become better known and more popular; these were then made with the traditional spices from the respective countries. Tabasco was the first liquid sauce to establish itself on the market and make its way on to the supermarket shelves. Just a few years later, it was followed by a number of extremely hot chili sauces for roast meat. A few sceptics claimed that extremely hot sauces and spice powders would rob these national dishes of their distinctive flavours. Another widely accepted belief was that to much spice could damage your taste buds. Little by little, the extremely hot chili sauces began to celebrate their victory march, the sceptics fell silent and it emerged that people who regularly ate hot food over a number of years did not report any negative effect on their sense of taste whatsoever.

It goes without saying that extremely hot chili sauces will overpower any mild flavours in a meal. It is therefore naturally advisable not to add extremely hot seasoning to a dish if you love its mild flavours. Hot spices and sauces are designed for use in cooking spicy recipes, which says it all really.

Chili sauces rated 9-10 are not for beginners

People who have not yet had much experience with hot chili sauces and have therefore not accustomed themselves to a certain degree of spiciness should stay away from products with a spice rating of 9-10. Even spice connoisseurs will use these intense spice levels sparingly and with consideration. Chili sauces rated 9-10 are only a hellish delight for real experts. Even low dosages of chili sauces with a spice rating or 9 or 10 can cause extreme amounts of pain for untrained chili eaters. Yes, that’s right. However, it is indeed possible to train your tolerance of spicy foods. Just like with weight training, where you start with the smallest dumbbells, so too should you start with the lower levels of spice.

We only recommend trying products rated 9-10 once you have gathered some experience with spicy food ranging from at 5-7 on the spice scale and find this pleasantly tolerable. You should work your way up to this degree of spiciness slowly. Only use very small amounts to begin with. However, if the heat still seems intolerable for you, you can alleviate the spicy heat in your mouth relatively quickly with fatty food and drink, such as milk for example.

close
The trend for spicy food began around thirty years ago and has continued to grow steadily since then. read more »
Close window
Extremely hot 9 – 10

The trend for spicy food began around thirty years ago and has continued to grow steadily since then.

Filter
Close filters
1 From 2
No results were found for the filter!
10 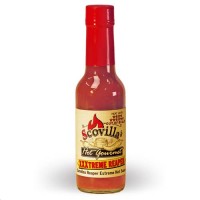 XXXtreme Reaper - Carolina Reaper Extreme Hot...
SCOVILLA`s HOT GOURMET SAUCE XXXTREME REAPER - THE FLAVOUR OF CHILI The extreme heat of this hot sauce comes 100% from the pure Carolina Reaper chili, which is known to be the hottest chili in the world. Rounded off with passion...
Content 0.148 liter (€74.26 * / 1 liter)
€10.99 *
10 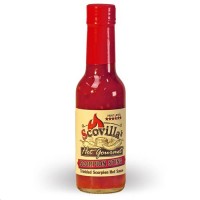 Scorpion Sting Hot Sauce
Scovillas Hot Gourmet SCORPION STING Trinidad Scorpion Hot Sauce. The Trinidad Scorpion Moruga is considered one of the hottest chili in the world with up to 2 million Scoville units. The characteristic flavour of the extremely...
Content 0.148 liter (€60.74 * / 1 liter)
€8.99 *
10 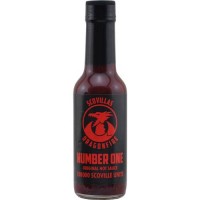 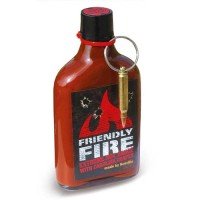 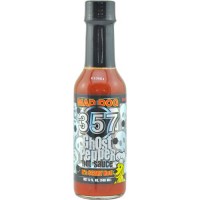 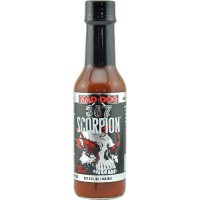 Mad Dog 357 Scorpion Hot Sauce
Think you like your hot sauce intense? Imagine being bitten by a scorpion - in your mouth! It`s one of the most severe pains a human can experience. The Trinidad Moruga Scorpion pepper became the world`s hottest pepper in spring...
Content 0.148 liter (€94.53 * / 1 liter)
€13.99 *
10 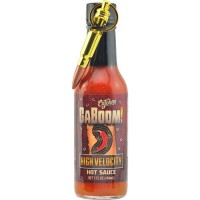 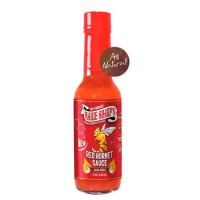 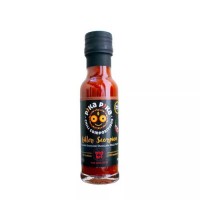 Killer Scorpion Chili SauceChili Mafia
This chilli sauce lives up to its name: The Trinidad Scorpion Chilli is one of the hottest chillies in the world. It makes this sauce a real highlight for chilli fans and connoisseurs. It is characterised by its lightning heat, paired...
Content 0.1 liter (€99.90 * / 1 liter)
€9.99 *
10 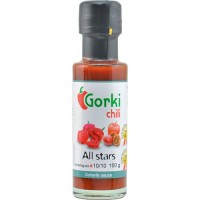 Gorki Hot Sauce All Stars
Four world hottest chili peppers accompanied by the exotic taste of Physalis cherries merge together in a very hot sauce for real chili lovers. It is a must on sandwiches, in soups and all kinds of meat dishes. You can use it while...
Content 0.1 liter (€134.90 * / 1 liter)
€13.49 *
9 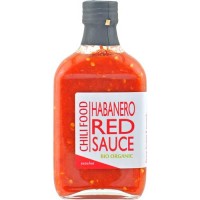 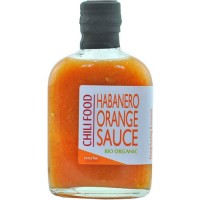 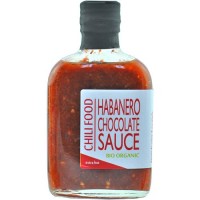 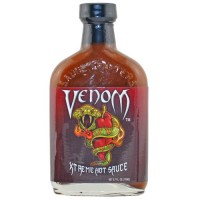 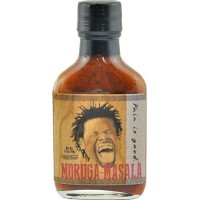 Moruga Masala Hot Sauce
The best of two worlds, the heat from Trinidad and the spice blends of India. This sauce is reportedly the favorite condiment of Bengal Tigers to spice up the rather mundane screaming village person. The sultans of sizzle know how...
Content 0.099 Kilogramm (€121.11 * / 1 Kilogramm)
€11.99 *
9 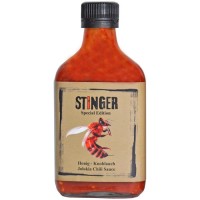 Stinger Jolokia Hot Sauce
The Stinger Jolokia hot sauce does not try to emulate the Stinger Honey Garlic hot sauce in the slightest and even manages to top it  with the fruity and extremely hot taste of the bih jolokia chili pepper. This sauce also does not...
Content 0.2 liter (€44.95 * / 1 liter)
€8.99 *
9

Krakatoa Chili Sauce
The main ingredients in Krakatoa Chili Sauce are the "Red Savina Habanero", formerly the hottest chili in the world and a dash of vinegar. It has a puristic flavour that has been reduced to the bare essentials - fruity, full-flavoured...
Content 0.148 liter (€60.74 * / 1 liter)
€8.99 *
9 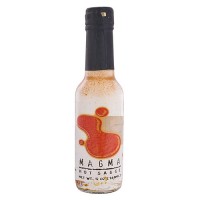 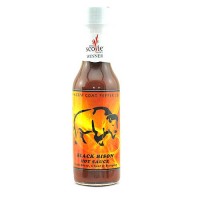 Black Bison Hot Sauce
The Black Bison Hot Sauce is a serious sauce for a serious chili head. This sauce combines fruit, with a super hot pepper blend, and tequila, creating a sauce you soon will not forget. Never underestimate the power of a bison. **HOT...
Content 0.148 liter (€60.74 * / 1 liter)
€8.99 *
9 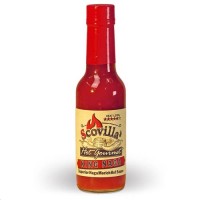 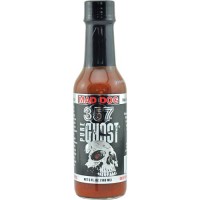 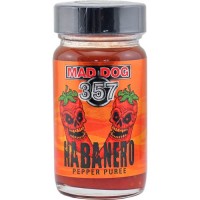 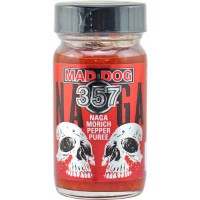 Mad Dog 357 Naga Morich Puree
Maybe you`ve seen ghosts in the past, but you`ve never experienced the terror lurking inside this bottle. It`s the mist terrifying collection of spirits waiting to taunt you with every bite. The pure burn of Naga peppers mixed with...
Content 0.059 liter (€186.27 * / 1 liter)
€10.99 *
9 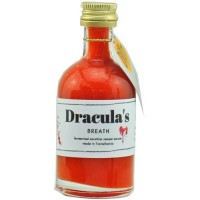 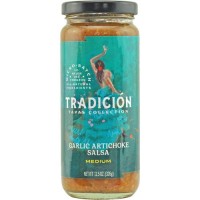 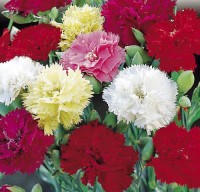