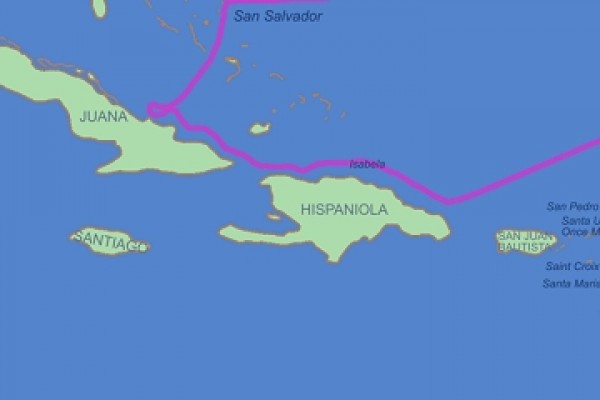 Description Manufacturer Evaluations 0
Description
If there were a holiday for Chili Heads, then it would definitely be on New Year`s Day On... more
Close menu

Chili Holiday on the 1. January

If there were a holiday for Chili Heads, then it would definitely be on New Year`s Day On the 1. January 1493, on his first voyage in the direction of America, or "India", which he undertook on behalf of the Spanish Crown, Christopher Columbus arrived on the northern coast of present day Haiti (Hispaniola). He was not just looking for a western sea route to India, but also for new pepper resources, because Pepper was a popular and expensive spice. On Haiti, the inhabitants introduced him to a small, red and extremely spicy berry, which he named "red pepper".

Christopher Columbus was the first person to bring these small spicy pods from the Americas to Europe, and from there they went on to conquer the entire world. Today Chili is the spice which is the most widely cultivated and used worldwide.

So let us proclaim the 1. January as the National Holiday for the worldwide Chili Community!

This date is also suitable as Chili is claimed to lessen the impact of intoxicants. The women of the Waorani tribe in the Amazonian region of Ecuador, for example, give their men chili to eat if they have consumed too much of the intoxicating drink Ayahuasca, so that they can become sober again and are able to work (Rätsch 2001).

So those who have had a very merry New Year`s Eve could perhaps try a super spicy Chili con Carne, a sour Chili Gherkin for their hangover breakfast, or a couple of fresh chilies on National Chili Day...