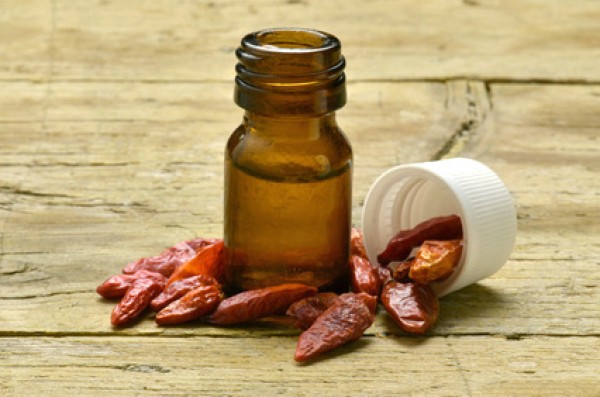 Description Manufacturer Evaluations 0
Description
The both preventive and healing effects of chilli against cancer is one of the most studied... more
Close menu

Can hot peppers help against cancer?

The both preventive and healing effects of chilli against cancer is one of the most studied mechanisms of action of capsaicin. Years ago, scientists were struck by the fact that people in countries like Mexico and India are much less likely to develop cancer, and their regular diet includes lots of hot peppers. And indeed, it has been shown that capsaicin protects against a variety of cancers in a several ways.

A study by Nottingham University scientists from 2007 showed that capsaicin is specifically aiming cancer cells (in this case, laboratory-cultured cancer cells in the lungs and pancreas). In the "power stations" of the cells (mitochondria), it supports the formation of certain proteins that trigger the natural cell death (apoptosis), which is usually inhibited in cancer cells [1].
A similar study was published in 2008 on aggressive pancreatic carcinoma. The researchers found that capsaicin reactivated the suicide program of cancer cells, but - and this is the great thing - they do not harm the cells surrounding the tumor which are healthy or normal. [2].

This process also seems to work with breast cancer. In particular, when breast cancer is no longer responding to chemotherapy or radiation, an enzyme (caspase-3) is inhibited in the cells that normally recognizes when the cell is too old or damaged and then triggers cell death [3]. In cancer cells, this enzyme is blocked and therefore the cancer cells continue to grow, dividing untamedly and form metastases. Capsaicin was able to stop the growth of breast cancer by inhibiting the growth of the cells and activating the cancer cell suicide program. The growth-inhibitory function of capsaicin was also demonstrated in 2010 by a Hong Kong research group on the difficult-to-treat small-cell bronchial carcinoma [4].

The effect of capsaicin on prostate cancer is also very intensively researched. This cancer is the most common male cancer in many countries, even though it can be relatively well cured and "only" has a mortality rate of 10 percent.

In a US study, animal studies demonstrated that the gift of capsaicin reduced prostate cancer to one-fifth of its original size [5]. Here too capsaicin succeeded in reactivating the inhibited suicide program of the degenerated cells. It also had a different effect: the growth of cells, including cancer cells, is activated by male sex hormones (androgens). The more receptors for these androgens are present in a cell, the faster it grows. Prostate cancer cells have the ability to stimulate the production of these receptors and thus increase their own growth. The researchers discovered that the capsaicin reduced these receptors again and thus inhibited the growth of cancer cells.

Perhaps it may be thought that the fiery chillies additionally harm an inflamed stomach or a stomach with ulcer, but in fact it was already discovered in 1996 that capsaicin can accelerate the healing of stomach ulcers [6]. It promotes the circulation of the gastric mucosa and pushes the healing process. In addition, it increases the activity of certain digestive enzymes and thus leads to the formation of an acid-insoluble protective layer on the gastric mucosa. It thus stimulates the self-healing powers of the stomach and this without the adverse effects of usual drugs, which mainly inhibit the stomach acid formation. In the meantime, capsaicin has also been shown to have an anti-inflammatory effect on the cells of the gastric mucosa affected by Heliobacter pylori. Heliobacter pylori is the bacterium that causes gastric mucosal inflammation and the formation of gastric ulcers [7].

Summing up, consuming hot chili peppers is highly recommended to start reinforcing our systems for the prevention of cancer in general. And if you cant handle the spiciness, you can consume it in capsule form.