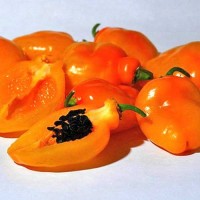 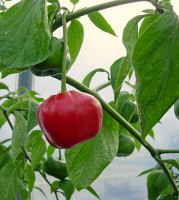 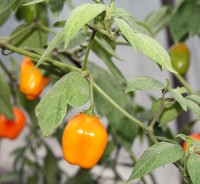 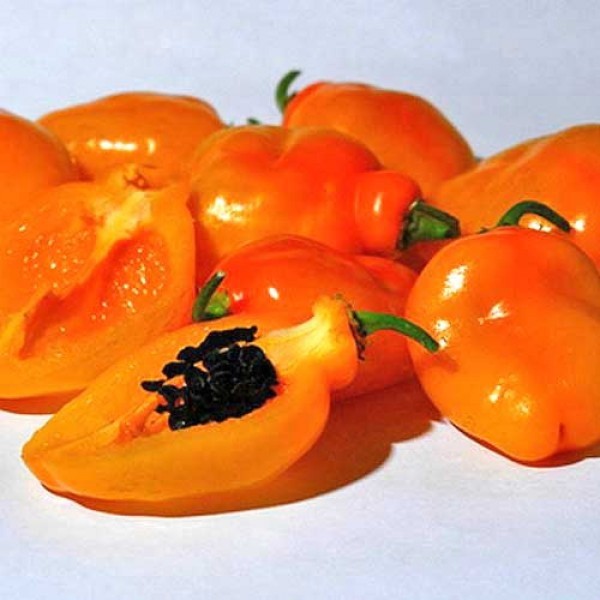 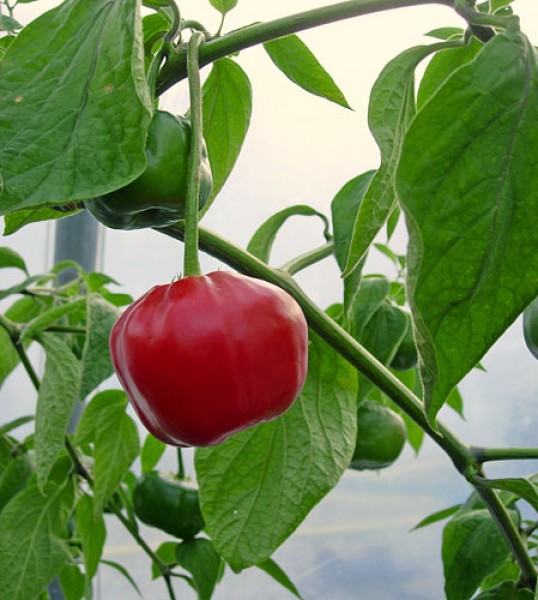 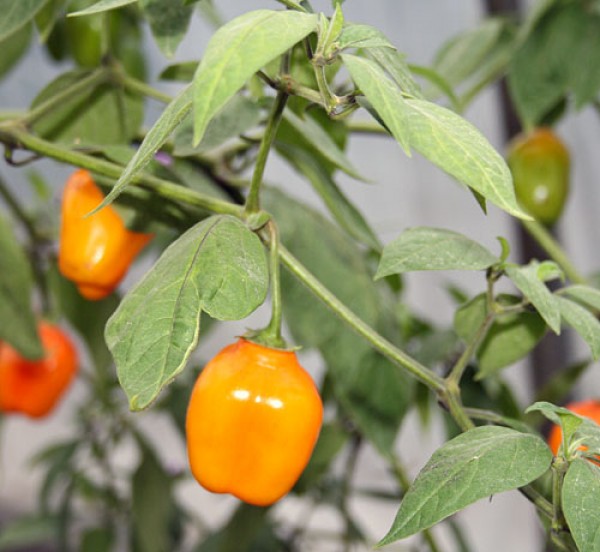 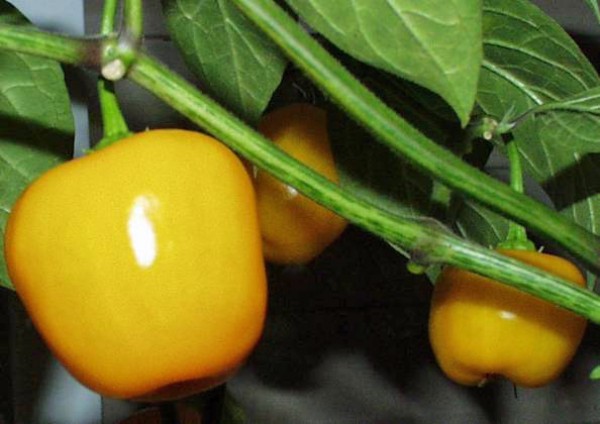 General Info: In South America, Rocoto is the common name for chilies of the Capsicum pubescens species, and “Manzano” means apple-shaped, which describes the shape of the fruits. In Bolivia they are also called “Locoto”. Rocotos come from the South American Andes (they grow at altitudes up to 3,000 meters), where they were domesticated thousands of years ago by the Incas. Today their main areas of cultivation are in the highlands of Bolivia, Ecuador, Peru, Colombia, Chile and Mexico. All Rocoto chilies differ from the other species due to their hairy leaves (“pubescens”) and the violet-coloured, decorative flowers.

Plant growth habit: Rocotos grow bushy and lignify relatively quickly. Under good growth conditions the plants can reach heights of 2 metres or more, and because their stems lignify quickly, they are also referred to as “tree chilies”. The flowers have purple coloured petals and stamen. After around 100 days ripening time, the egg or apple-shaped approx. 4 x 6 cm large thick-fleshed fruits develop from the flowers. The traditional colour is red, but there are also orange or yellow coloured breeds. The numerous large black-brown seeds in the seed chambers are also striking.

Cultivation Tips: Rocotos are perennial, and tolerate the cold nights of our central European climate better than other varieties. However, they do not tolerate frost. It is worth keeping Rocotos in pots and overwintering them, as they can reach quite a high age. The pots should not be too small (at least 30 cm) as they can grow quite large. The plants should not be kept too damp (but should also not be allowed to dry out!) and should not stand in blazing sunlight in summer, rather in semi-shade, otherwise the flowers or the existing small fruits could drop off.
Rocoto Manzano Orange Seeds can be purchased in our Shop.

Culinary: Rocotos contain a different mix of various Capsaicinoids (Dihydrocapsaicin und Nordihydrocapsaicin) from most other species of chili. This is why they are often perceived as spicier. In the countries of South America they also nicknamed "Gringo Killer", which hints at their spiciness, or even the lack of familiarity of the Gringos to the other forms of Capsaicin.
The Rocoto Manzano fruits are thick-walled and juicy, and have a fantastic, fruity flavour which is reminiscent of apples. In South America they are often consumed fresh or cooked as vegetables. The Rocotos are excellent for making into salsas or for baking with various fillings. The most well-known recipe (Rocoto relleno - stuffed Rocotos) comes from Peru: Rocoto halves are pickled in milk overnight and then filled with mince, hard boiled and chopped eggs, and topped with cheese. 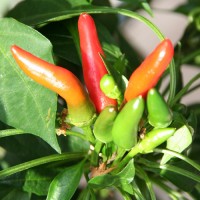 Rocoto Manzano Red Chili Seeds
Info: Rocoto is the South American term for the chillies from the Capsicum pubescens species, while “Manzano” means apple-shaped. “Pubescens” means “hairy” and comes from the fact that the leaves of...
Content 10 Stück (€0.22 * / 1 Stück)
€2.19 * 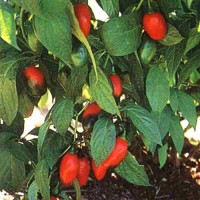 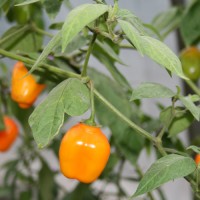 Rocoto de Seda Chili Seeds
Info: Rocoto is the South American term for the chillies from the Capsicum pubescens species. “Pubescens” means “hairy” and comes from the fact that the leaves of the plants are hairy. The clearest...
Content 10 Stück (€0.22 * / 1 Stück)
€2.19 *
5

Giant Rocoto Chili Seeds
Info: Rocoto is the South American term for chillies of the species Capsicum pubescens. The Giant Rocoto from Mexico are real red giants. The variety is a giant not only in plant growth and yield, but also in the size of the...
Content 10 Stück (€0.22 * / 1 Stück)
€2.19 *
Themes