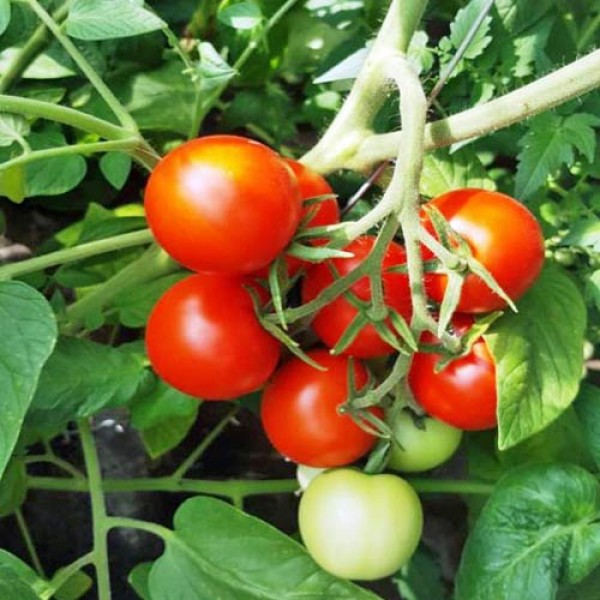 Description Manufacturer Evaluations 0
Description
As popular as tomatoes are in many countries today, they were not introduced into the kitchens... more
Close menu

As popular as tomatoes are in many countries today, they were not introduced into the kitchens of Europe and Latin America until the middle of the 19th century, before they were considered poisonous and used only as ornamental plants. Today tomatoes are one of the most important suppliers of nutrients and vitamins in Western nutrition.

One of the most important ingredients of the tomato is lycopene, a carotenoid that acts as a pigment to give it its red colour. Lycopene is a particularly powerful antioxidant and responsible for the cancer-inhibiting effect of tomatoes. In particular, the effect of lycopene on prostate cancer has been scientifically investigated.

The lycopene content in cooked tomato products is particularly higher than in fresh tomatoes. Concentrated tomato paste, for example, contains up to 60 mg/100g lycopene, the raw tomato only 3-5 mg/100g. Dr. Richard Béliveau and Dr. Denis Gingras conclude in their book "Foods to fight cancer" (2007) that eating two meals a week with tomato sauce can reduce the risk of developing prostate cancer by 25 percent. However, there is still no clear link and further research is needed (Xu et al 2016).

Lycopene also inhibits blood coagulation and thus probably protects against cardiovascular diseases such as strokes and heart attacks. According to a Finnish study (Karppi et al 2012), men with the highest blood lycopene content had a 55 percent lower risk of stroke than those with the lowest lycopene level. However, it is objectionable that lycopene in this study could also only be a marker for a certain dietary style and not necessarily the protective factor itself.

Low in calories and rich in nutrients

But lycopene is not the tomato`s only effective nutrient and perhaps its special cocktail of minerals and vitamins is what makes it so particularly healthy. With a low calorie content (17 kcal), 100g of raw tomatoes contain a lot of vitamin C (124 mg), A, B1, B2, B6, E and folic acid, as well as numerous minerals (potassium, phosphorus, magnesium and iron) and secondary plant substances (besides lycopene flavinoids, phenolic acid, terpenes).
Of course, tomatoes from your own garden or from the balcony are best. Freshly picked and fully ripened, they not only contain the most bioactive nutrients, but also taste best. You can choose from over 2,500 cultivated varieties.

How can the health-promoting effect of tomatoes be used optimally?

Tips for the correct storage of tomatoes: 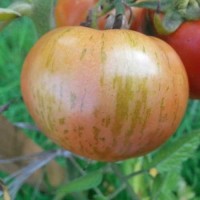 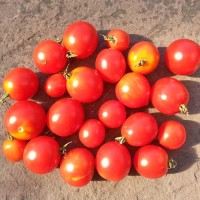 Red Alert Tomato Seeds
Info: Red Alert is an early, very productive bush tomato. Since the plants remain relatively small, they are also ideal for pot culture on the balcony or terrace. It forms up to eight single shoots with a large number of red...
Content 10 Stück (€0.24 * / 1 Stück)
€2.39 * 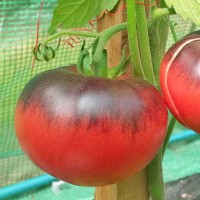 Indigo Blue Beauty Tomato Seeds
Info: `Indigo Blue Beauty` tomato is a beautiful pink beefsteak tomato with lovely dark purple to black shoulders, where the fruit is exposed to sunlight. They are weighing about 200 g and have a sweet and flavourful taste. Ideal...
Content 10 Stück (€0.24 * / 1 Stück)
€2.39 * 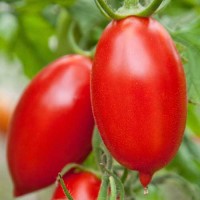 Amish Paste Tomato Seeds
Info: Tomato `Amish Paste is believed to be the ultimate paste tomate by many US-American growers. It comes from an Amish community in Wisconsin. The medium-sized, rather oval, red fruits are thin-skinned, fleshy with few seeds and...
Content 10 Stück (€0.24 * / 1 Stück)
€2.39 * 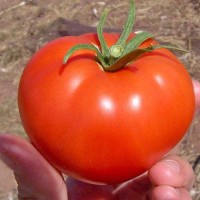 Balarga Tomato Seeds
Information: The tomato `Balarga` comes from Spain and is a medium early, red beefsteak tomato. The plants bear lots of 250 - 300 g weighing fruits with firm pulp, a bright red colour and an excellent taste. The variety is...
Content 10 Stück (€0.24 * / 1 Stück)
€2.39 * 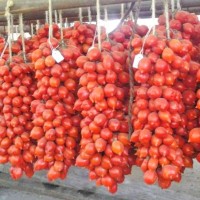 A Grappoli dInverno Tomato Seeds
Info: The A Grappoli dInverno tomato is an Italian heirloom from the Apulian region in Southern Italy. The name means "winter grape" as the Italian farmers would hang the fruits-covered vines and the fruits would stay fresh during...
Content 10 Stück (€0.24 * / 1 Stück)
€2.39 * 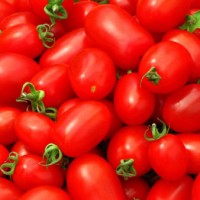 Ventura OChicco Tomato Seeds
Info: The Ventura OChicco is a vigorous and productive plant that produces huge amounts of bright red, tasty plum tomatoes. Under optimal conditions the plants can reach a height up to 2 metres. For best results in yield, remove side...
Content 10 Stück (€0.24 * / 1 Stück)
€2.39 *
Themes