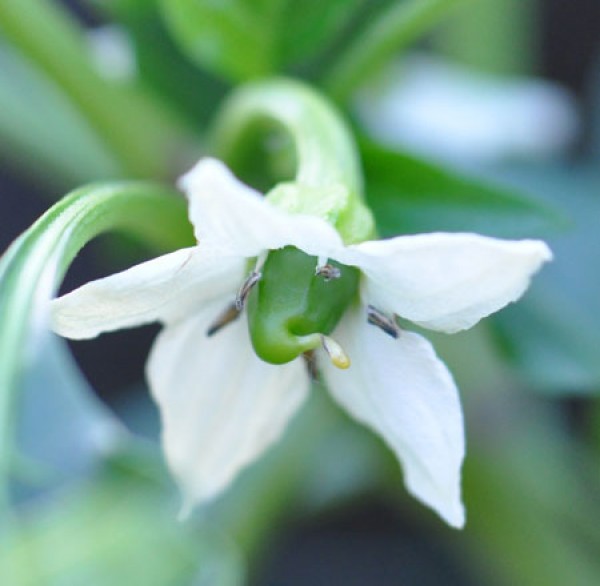 Here, the most important and most widespread varieties of the great chili family are briefly named and described. However, not only the usual suspects, but many other types of chillies are available in our Chili Seed Shop or in our catalogue. From the spring of 2015 we have also been able to offer numerous early chili plants: Buy chili plants

The Capsicum annuum is the most widespread type of chili worldwide. In addition to Jalapeno, Serrano and Cayenne Peppers, Bell Peppers and the familiar sweet peppers also belong to this type. This type includes many varieties with regard to their appearance (various shapes and colours) as well as in terms of their taste characteristics (from lightly sweet chilies to spicy or very spicy chilies). This type is mainly cultivated in northern South America up to the south of the USA.

This is a popular and widespread type of chili which has a medium level of spiciness. Its lightly sour taste, reminiscent of citrus fruits, gives this type particular culinary significance, ensuring it has pride of place in any well-stocked kitchen. Within this type are the Aji peppers, which are particularly popular in Latin America. The traditional cultivation areas of this variety are mainly found south of the Equator in South America (Argentina, Bolivia, Brazil, Paraguay and Peru.

The Habanero and Scotch Bonnet are two of the most well-known representatives of this Chili type. They are characterised by their long growth periods and need for warm to hot temperatures. They are also famous for their fruity taste, which has earned them many fans around the world. The main cultivation areas for the Capsicum chinense are in South and Central America.

Everyone knows this type, although not under this Latin technical term, but rather by their most famous representative: Tabasco. It gives its name to, and is the main ingredient of Tabasco sauce, which everyone has probably tried at some time or another. Whether it’s added to spicy drinks or meat dishes, Tabasco has long been a companion in the kitchen or at the cocktail bar. Despite the fact that it is well-known and is in great demand, the cultivation and farming of Tabasco is not particularly easy in this part of the world. Due to its long growing season, Tabasco thrives almost exclusively in long, warm to hot summers. However, if you have the necessary tools, such as a heated greenhouse or a heated winter garden, it is possible to sow Tabasco seeds in autumn and to cultivate them over the winter.

Although this type is not as well-known as those already mentioned, it offers many advantages, especially for cultivation in the Central European climate. Although its main cultivation areas are found in the warm climate of South and Central America, it is characterised by the fact that it grows well during mild summers without major problems. The plant itself is rather different in appearance from the other chili varieties. It has a sturdy trunk and purple flowers. The pepper is rather thick-walled and has a medium level of spiciness. Its most famous representative is the South American Rocoto pepper.