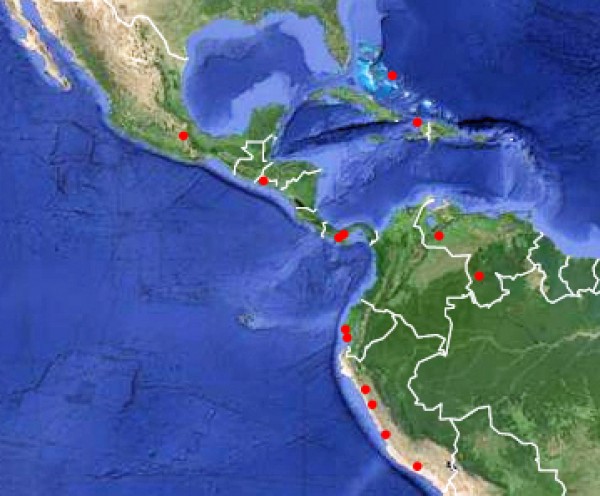 Description Manufacturer Evaluations 1
Description
The History of the Chili - a detailed report on the most widely used spice in the world.... more
Close menu

The History of the Chili

The History of the Chili - a detailed report on the most widely used spice in the world.

Origin of the wild Chili plant The original home of chilies is South and Central America. Researchers place the origin of the spread of the plant - literally the "Hot Spot" - in the region of southern Brazil / Bolivia. The most varieties of wild Chili in the world can be found there. Many other varieties can also be found in the Andes. The wild varieties usually have small, round and very spicy fruits. From Brazil and the Andes, birds initially spread the wild form of the plant throughout South and Central America. Today, there are 26 known wild species of chili plants, and 5 species can be used for cultivation.1

The use of chilies by humans

Chili is one of the oldest foods in the Americas, and was cultivated and used long before the time of the Mayan people. The oldest archaeological finds of chili (Capsicum annuum, the most widespread type today) came from human settlements in the east of Mexico (Tehuacan Valley) from the period 7000 -. 5000 BC, i.e. from a time before man produced pottery.1 In Ecuador, for example, the oldest chili residues (starch particles) were found on millstones and cooking vessels, and in Panama on stone tools. 2 In Peru, Venezuela, Ecuador, Panama and the Caribbean, early forms were found that indicate that man changed the wild plants through breeding. These cultivated chilies had larger fruits than the wild ones. So there were several independent regions and times in which humans used diverse varieties of chili. For example, the yellow Lantern Chili (Capsicum chinense) was used in the Amazon lowlands, the tree chili Rocoto (Capsicum pubescens) in the southern Andes, and a bushy  chili with berry-shaped fruits (Capsicum baccatum) in the Bolivian lowlands. In the Caribbean, the fifth type, Capsicum fructescens, which produced the well-known varieties Piri Piri or Tabasco, developed. 3

The archaeological finds can only help us guess how chilies were used in the early days of man. In addition to chili, residues of corn, potatoes, cassava, beans and squash were also found, which implies that the people prepared similar dishes to those that we eat today: Stews, soups and corn tortillas - and all very spicy. Thus man discovered the benefits of the plants relatively early on: as a spice, vegetable and a remedy. For thousands of years they were an integral part of Central and South America cuisine.

Chilies in the Mayan and Aztec Times

Studies on vessels from an excavation site in Chiapas (Mexico) show that by 400 BC in the early Mayan period, Chili sauces or spicy drinks were made and used (and not in combination with cocoa, but independently). 4 Cocoa spiced with chili, corn and honey was one of the main drinks of the Mayans (detected as early as 600 BC).

But chilies were not only used in the kitchen. They were also burned as incense, used to drive off evil spirits, or used to torture unpleasant contemporaries. And not suitable for imitation: Aztec boys who would not listen to their guardians were punished by being held over the smoke of roasted chilies - girls "only" had to kneel in front of it (Codex Mendoza).

Among the Aztecs, chilies were also part of a tribute that had to be paid to the king.  At this time, chilies also seemed to have a religious meaning, as they can sometimes be found on ritual stone reliefs. In these regions today, chili is still a component of the intoxicating drink Ayahuasca, or is added to snuff tobacco or Coca. From Central America, the chili plant began its triumphal march throughout the world. It came with Christopher Columbus over the Atlantic to Europe. He sailed west in 1492 on behalf of the Spanish crown to discover a new sea route to India. In those days, India was the main source for spices, including pepper, which was rare, expensive and in demand. A major task of his trip was thus the search for high-yielding pepper occurrences, which would make the Spanish court independent from Venetian trade. On the 1. January 1493, on his first journey, he discovered the northern coast of Haiti, and was introduced by the inhabitants to small red fruits which tasted extremely spicy. In his letter to the Spanish crown he wrote: "On these islands where there are large mountains the cold was very harsh there this winter; but they are used to it, and withstand it with the help of their food which they eat heavily seasoned with hot spices." 6  He considered the small, red berries to be a relative of pepper, and named them "Red Pepper" (Spanish: piemienta). Today the English term for chilies is still "chile pepper".

An early written reference (though second hand) was produced by an Italian monk who was in the service of the Spanish court in Barcelona, Pietro Martire de Anghiera, and who was present at the return of Columbus in 1493 in Spain: "Something may be said about the pepper gathered in the islands and on the continent - but it is not pepper, though it has the same strength and the flavour, and is just as much esteemed. The natives call it axi, it grows taller than a poppy. When it is used there is no need of Caucasian pepper." 7

Monks who came on subsequent trips gathered the seeds from the many plants of the New World in order to cultivate them in their monastery gardens when they returned.

The Global Spread of Chilies

When gold was later found in Hispaniola, the Spanish crown sold its rights to "pepper" to the Portuguese, who brought the chilies along the trade routes to the East and to East Africa, India and Indonesia. There, the new "pepper" was quickly integrated into the cuisines of those countries.

In Europe, Capsicum spread rather late. It came with the spread of the Ottoman Empire in the 17th century from the Balkans to Hungary, where Paprika became the national spice, and from there found its way to Central Europe.

Today Chili is the spice which is most widely cultivated and used worldwide.

Evaluations 1
Read, write and discuss reviews... more
Close menu
Customer evaluation for "The History of the Chili"
From: Dennis On: 10 Jul 2019