Pulled Pork in the Smoker

The 3 Barbecue Specialities in the USA

The USA has influenced barbecue like no other country. Barbecue, however, has nothing to do with grilling at a high direct heat, but describes extremely slow cooking at temperatures of 90-120 degrees ° C. The most famous BBQ specialty from the USA is Spare Ribs, which are most common here as small Baby Back Ribs. In the USA the large Spare Ribs are popular, and are grilled over direct fire under tender. However, 6 hours in the Smoker makes the ribs a succulent speciality which is as tender as butter. Brisket (beef breast) is a supreme discipline of barbecue, as it cooks for up to 24 hours in the smoker at 95-100 degrees °C. The result is a tender, succulent and flavourful piece of meat, as the long cooking process destroys the collagen compounds which hold the meat together. The third barbecue speciality, and in our eyes the easiest, is Pulled Pork - a piece of pork (neck or shoulder) which is cooked for over 15-18 hours in the Smoker at 100 degrees °C. The meat becomes so tender and juicy that it can be pulled apart with hands or a fork.

For a perfect Pulled Pork you need a large pork neck or shoulder. For your first attempt you should choose a well-marbled pork neck of at least 2kg, as around half the weight will be lost during the cooking process. We used 2 3kg pork necks.

The pork neck should then be well-seasoned from the outside. So that the rub (Hog Squeal Rub) adheres well to the meat, you can rub the meat with mustard or oil. Don’t think about the flavour when you’re distributing the rub, however you do it, at the end you won’t be able to taste any difference. The main thing is that an adequate amount of rub adheres to the meat, as the inside cannot be seasoned. You can use any of our rubs (e.g. Sweet Spot Rub) .

Many people say that you should leave the rub to marinade overnight. This is not necessary, as due to the salt in the rub, water is unnecessarily drawn from the meat and the rub only penetrates a maximum of 1 cm per day. During curing, there is the rule of thumb of 1 cm per day, whereas a normal rub with less salt as a curing mix probably reaches considerably less distance. The pork neck is 15 cm in diameter and therefore it should be clear that it cannot stay in the refrigerator. If the meat comes directly from the fridge, this of course increases the cooking time. Since you can keep the Pulled Pork warm by wrapping it in aluminium foil and leaving it for hours in a cooler with hot water bottles, the cooking time can be planned perfectly. When the meat has reached 90 degrees °C, keep it warm as described above until you wish to eat it. Pulled Pork is particularly suitable for large numbers of guests. There is no time pressure towards the end.

Both 3 kg pork necks are in the lower third of the Smoker, because here the temperature is most stable and also the thermometer is inserted in the lid here. The meat lies directly on the grill, underneath are metal bowls of water for a better climate in the Smoker.

The Pulled Pork spends the night in the oven at a heat of 100 °C. You should always check the temperature with an oven thermometer, as household ovens usually indicate completely different temperatures from what is actually correct. The pork neck lies on the grill, with a bowl filled with water underneath. Some people will now throw their arms up in horror, claiming that this method is unsporting. It’s maybe unsporting, but taste-wise this method is fantastic, and lets you sleep in peace. The meat only absorbs smoke for the first few hours, so the stay in the Smoker is not of vital importance for the rest of the cooking time. A Long Job in the Smoker can be a lot of fun, but sometimes we’re lacking energy (small children!), so then our method is very practical. If you let your Smoker or kettle grill run overnight, you should use a Minion Ring. Jim Minion invented a method of how to heat a kettle grill over a long period at low temperatures. He placed briquettes in a ring (open on one site, so that the briquette ring only burns in one direction) on the bottom of the grill and lit it with a few glowing briquettes. The briquette ring burned slowly for hours and enabled a uniform temperature for BBQ dishes such as Pulled Pork and Brisket. In a Smoker, this method is more difficult, as the grill is significantly larger. For Long Jobs you should use the smallest grill possible. The briquette consumption in a Smoker is simply much higher than in a kettle grill, but it is possible in principle. We will experiment on this and write a report.

At 14:00 on the following day, after 17 hours at 100 °C, a core temperature of 90 °C was reached. It doesn’t matter if it’s 88°C or 92°C. We measured the temperature with a standard meat thermometer which was stuck in a piece of meat for the whole cooking time. The pork necks have a fantastic crust which is not burnt in any way. It may look like it is burnt in the image, but we can assure you that it is not. Haven’t we forgotten something? Shouldn’t it be mopped with the vinegar sauce? Mopping = brushing or spraying with a liquid sauce. No, not yet. What does mopping actually do? It ensures that the meat does not dry out, and gives it a better flavour. The fear that the meat could dry out is a superstition. A bowl of water in the cooking area to increase the humidity has a better effect than opening the Smoker or oven every hour. Each mopping extends the cooking time by approx. 15-30 minutes. Mopping also has an effect on the taste of the crust, so we are not completely foregoing it.

The Pulled Pork is well mopped with North Carolina vinegar sauce and wrapped 3 times in aluminium foil. Then it goes, along with 2 bottles filled with hot water, into a cool box and is then covered over by a towel. This ensures that the Pulled Pork remains hot for hours and can be eaten whenever you want or when your guests arrive.

The Pulled Pork can be easily separated with a fork. The pink layer under the crust is the Smoke Ring.

Mix everything well and pour over the North Carolina vinegar sauce. We recommend serving the Pulled Pork in a pre-heated porcelain pot with a lid. This ensures that the meat remains warm for a long time.

But how do you eat Pulled Pork? Classic style in Hamburger buns with coleslaw. We think Kaiser rolls taste better, but this is a matter of taste and is completely up to you.

In the image bar at the top you can see the result and believe us, it is simply delicious and is a great idea when cooking for a large group of people. You can also pour Barbecue Sauce over the pulled pork. Bon Appetit!

Cut a fresh cabbage into thin strips or slice it by hand or in a food processor. Then salt it well and allow it to stand at room temperature overnight. Just use as much salt as you think is right, preferably a bit more. The next day, the salt will have drawn plenty of water out, thus washing out the bitter compounds in the cabbage. Pour off the liquid and press the cabbage with your hands or wrap it well in a dishtowel. Now try it. If the coleslaw is too salty, simply sieve it with water and press it again. The coleslaw should then be dressed with the "North Carolina” vinegar sauce. Don’t try it pure, as it won’t taste good.

Our Tip: If you don’t have any cabbage available or don’t have time to salt it the day before, just use a can of mild sauerkraut and rinse it under running water. Then press it well and dress it with the vinegar sauce - a quick and tasty replacement.

Those who are mixing up this sauce for the first time should be warned. The smell and the taste need a bit of getting used to, but in combination with Pulled Pork it is a culinary revelation. If the sauce is too vinegar-heavy, you can adjust the amount of apple juice.

If you are looking for information about Pulled Pork, you will quickly find it, but many things are referred to elsewhere as false and therefore many half-truths are spread. We have therefore collected some facts about Pulled Pork so that this BBQ specialty does not become a frustration. You can see that many of the details do not actually matter for the final result, so don’t let all the information drive you crazy, and just simply try it out.

TABASCO Red Pepper Sauce 150ml
The world-famous red tabasco sauce is the one and only original produced by McIlhenny. Since its invention in 1868, it has been made using the same recipe. Tabasco® Pepper Sauce enriches all kinds of dishes, adding more pep and...
Content 150 ml (€3.99 * / 100 ml)
€5.99 *
Add to cart
7 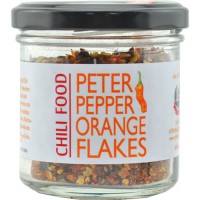 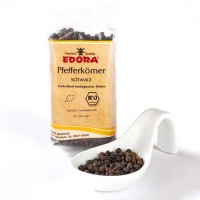 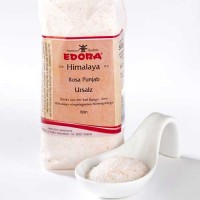 Fine Pink Himalayan Punjab Salt
This pink crystalline salt has been mined using traditional mining methods in the Salt Range (200km south from the Himalayan Massif) since the 16th century. The fine-grained ground salt is commonly referred to as Himalayan salt. It is...
Content 0.5 Kilogramm (€7.98 * / 1 Kilogramm)
€3.99 *
Add to cart
Themes