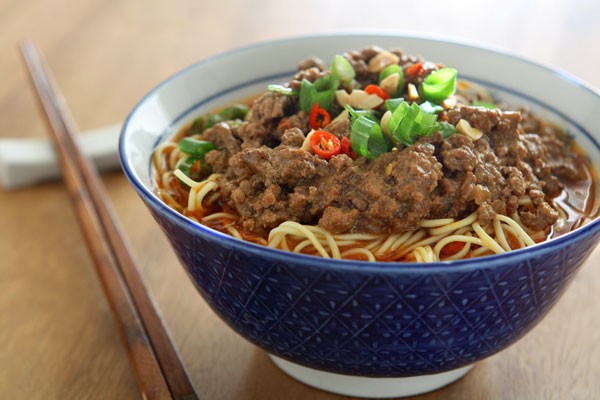 Recipe for noodles with hot and spicy mince sauce

The name Dandan actually refers to a carrying pole in China. In the past, the vendors carried the noodles and the sauces to sell them on the street. Originally from Szechuan Province, this dish is now a true classic in China.
For a particularly authentic taste, you can use Ya-cai, which is difficult to get in Europe. It is a Sichuan specialty and a spicy leafy vegetable (mustard green leaves), which is offered fermented and preserved. A suitable substitute is Pak Choi, swiss chard, chinese cabbage or Spinach.

If you got Ya-Cai in the Asia shop, fry a handful in a little oil until the aroma unfolds. Then set aside and add it to the mince sauce at the end. If you are using fresh leafy vegetables, they will be added shortly before the end of the cooking time.

Mix the minced meat with 2 tablespoons of soy sauce and leave for about 10 minutes while preparing the other ingredients. Crumble the dried Sichuan chillies, remove the stalk if present. Roast the Szechuan pepper without fat in a pan and pestle it in a mortar. Peel ginger and garlic and chop finely. Clean spring onions and cut into fine rings. Clean and chop the leafy vegetables. Prepare the broth.

Heat up around ½ tablespoon of sesame oil in a wok and fry the mince until it is well browned and there is no more water in the pork. Set aside. Cook noodles in boiling water according to the instructions on the package. Meanwhile, in the wok, fry minced ginger, garlic, spring onions, Szechuan pepper and chili in a little oil for about 2-3 minutes (leave a few spring onions as a garnish). Add 2 tablespoons of soy sauce, sesame paste, broth and chilli oil, stir briefly, then add the leafy vegetables and blanch. Then mix the sautéed minced meat with the sauce and season again.

To serve, put a portion of noodles in a small bowl, top it with mince sauce and some broth on the side and garnish it with fresh spring onions. 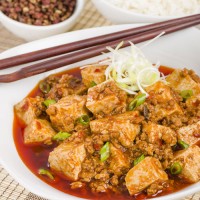 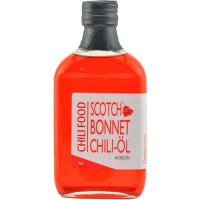 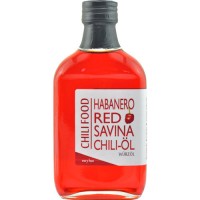